Defense and Aerospace Industry Trends: Looking Ahead to 2021 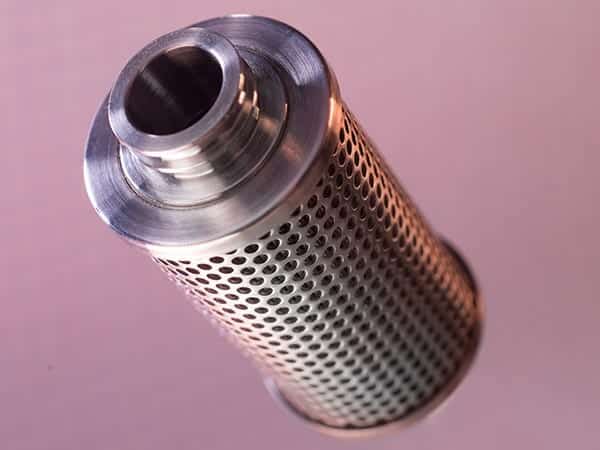 Around this time last year, we took a look at aerospace and defense industry trends for 2020 as these sectors were in the process of rebounding from some difficult years. Defense spending had been roaring back—and even commercial aerospace, which had endured some decline in 2019, appeared to be getting back on track for growth.

Then COVID-19 hit in the United States right in the middle of Q1 2020 and disrupted everything.

Today’s blog post reviews the benchmarks we explored last year to consider the changes now that COVID-19 has devastatingly ravaged the global economy—and particularly attacked commercial airline travel. While it’s not all bad news, both the commercial aerospace and defense industries that we are proud to serve here at FCP, have been set back by the pandemic.

As we look ahead to 2021, we’re hopeful that a vaccine or other emerging solutions to combat COVID-19 will spell a return to normal aerospace operations, and manufacturing orders for aircraft will again increase. Let’s take a look at what’s happening now versus what we thought was going to happen in the last year.

Then: Production Orders Were Increasing to Fulfill the Backlog of Aircraft Orders

In late 2019, both more cargo and more people were being transported around the world than perhaps ever before. And this meant that commercial airline manufacturers like Airbus and Boeing were beginning to ramp up production to work through backlogs that peaked in 2018.

Boeing also had set an ambitious goal to have its 737 MAX aircraft back in service by January 2020. (Unfortunately, that goal was missed, though the FAA announced in July that the 737 MAX had completed certification test flights.)

Now: Aircraft Manufacturers are Eliminating Jobs and Restructuring to Remain in Business

In early July 2020, Airbus announced that it planned to eliminate “around 15,000 positions no later than summer 2021” entirely due to COVID-19 impacts. The company has approximately 133,000 employees worldwide today, so that decrease in staffing is only about 11%. However, Airbus CEO Guillaume Faury described the COVID-19 pandemic as the “gravest crisis this industry has ever experienced” in a June 30 company press release.

Then: Mergers & Acquisitions Were on the Rise

Back in late 2018, several key mergers among manufacturers in commercial aerospace and defense were underway, and that business consolidation activity was expected to continue. The fact that many of these deals were finalized before 2020 means that we have actually seen many aviation technology projects continue development despite the pandemic, even if finished aircraft were not being delivered.

One exciting trend that has been emerging because of COVID-19 is the growth of private aviation. And leaders in this segment of the aerospace industry are hoping to make private aviation more accessible as more people are shying away from flying commercial airlines.

Private aviation companies are looking at “democratizing private aviation via increased scale, a modern (and Uber-like) customer experience, advanced technology, and an open network,” according to a recent article in Forbes. And this means merging some competing private jet services. Look for this trend to continue as the private aviation sector grows.

Before COVID-19 appeared, escalating tensions between and within a large number of world governments had prompted rapid growth in defense spending for many years. This was great news for military suppliers, of course, as was the new Space Force military branch proposed by the United States.

Trade issues, such as import tariffs on raw materials, were predicted to cause supply chain disruptions going into 2020, but that was the only spot of bad news on the horizon for industry growth.

Interestingly, those disruptions have come to pass, but not only because of political wrangling. COVID-19 has made the actual operations of those supply chains extremely difficult, as workers all around the world have been unable to do their jobs at times throughout much of 2020.

Now: COVID-19 has Refocused Many Countries’ Attention to Virus Response

Indeed, some geopolitical tensions have actually gone away as countries have focused on controlling COVID-19 within their own borders.

Here in the United States, this hasn’t stopped some of the largest defense companies, like Lockheed Martin, from continuing to grow the industry. (After all, many of these tensions will likely reappear after COVID-19 is a distant memory.) While it’s true that one of their most significant current projects—the delivery of the new F-35 Lightning II fighter jets—has been delayed by a few months due to workforce disruptions, the building of the F-35 will continue to be significant for many years to come.

Then & Now: FCP is Ready to Meet Production Requirements for A&D Customers

Even as unpredictable global events disrupt growth in the aerospace and defense industries, we continue to be ready to meet shifting production demands here at Fluid Conditioning Products. FCP takes the time to make sure that your new filter design will meet or exceed your requirements and will be crafted to the highest standards in the industry. Our employees are some of the most experienced in the filter industry and are dedicated to delivering exceptional products every time.

FCP remains the only name you need to know in specialty engineered filtration for aerospace and defense applications with Precision Filtration, Proven Performance. Contact us today to discuss your upcoming projects.

We Are Proud To Support Our Troops